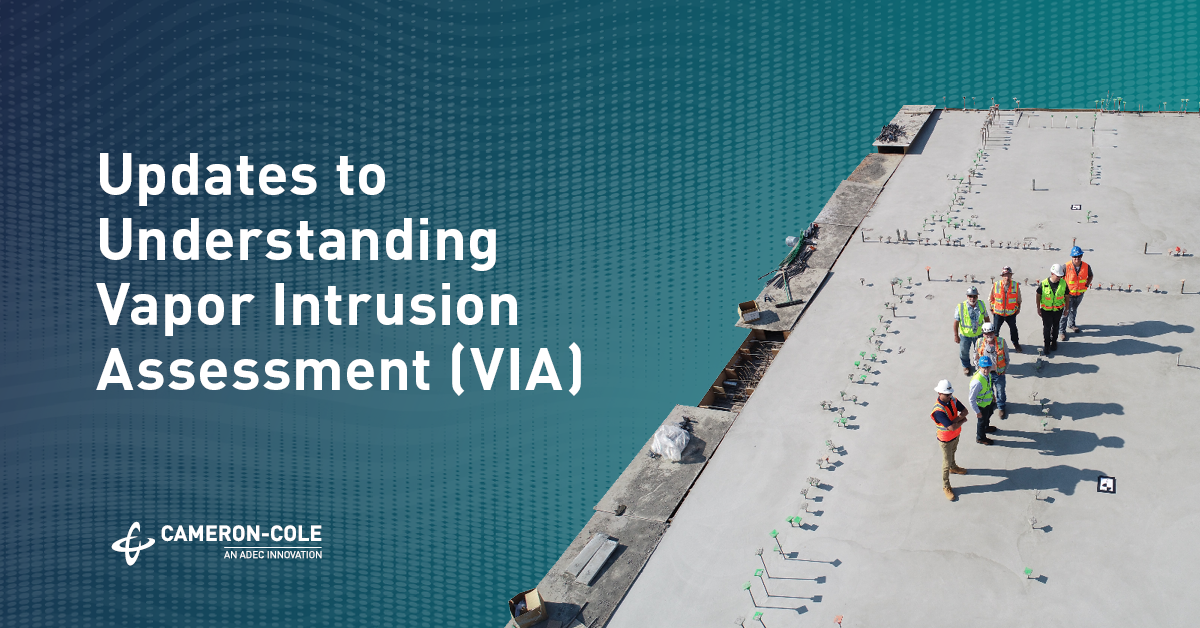 Assessing the potential for Vapor Intrusion into buildings is critically important to protect people from exposure to potentially harmful chemicals in indoor air, particularly at sites with a history of chemical use or those in the immediate vicinity of such activity.

Volatile Organic Compounds (VOCs) present in soil or groundwater can generate soil gas that accumulates beneath building slabs and can enter through various pathways (e.g., cracks, gaps, utility openings) where they may pose an inhalation health risk to building occupants. Vapor Intrusion is of particular concern during redevelopment, when prior land use may have involved the release of chemicals that continue to pose a potential health risk after redevelopment. The environmental remediation process of evaluating potential for migration of subsurface vapor-forming chemicals into overlying buildings is known as Vapor Intrusion Assessment (VIA).

What is a Vapor Intrusion Assessment (VIA)?

A VIA is a process that evaluates the potential for vapor-forming chemicals to enter buildings. The methods and procedures to evaluate Vapor Intrusion (VI) have undergone significant changes in recent years. Historically, concentrations of VOCs in indoor air were estimated using contaminant fate and transport models that predict potential indoor air concentrations of hazardous substances based upon:

The reliability of these models is questionable, and more contemporary approaches involve the collection of field data in the form of soil gas, sub-slab, and indoor air samples. Data from these samples are used to generate a site-specific attenuation factor which is the ratio of VOC concentrations of indoor air compared to the concentration beneath a building.

In the absence of a site-specific attenuation factor generated using data from a particular site, The California Environmental Protection Agency (CalEPA) has established a default attenuation factor for the screening of sites for Vapor Intrusion concerns. February 2020 guidance from CalEPA established a default attenuation factor of 0.03, a value that is one order of magnitude more conservative than the previously prescribed default value. This guidance also recommends prioritizing sites within 100 feet of known or suspected VOC sources. As a result of these changes, many sites where VI was previously not considered a significant concern may now be required to go through the VIA process. Cal EPA cast a wide net in the site screening process in order to generate a substantial data set from which statewide or regional default attenuation factors may be developed.

Sites that are identified as potential VI concerns may be required to perform a VIA and report the data to CalEPA. However, a site that fails the screening process does not necessarily require a vapor mitigation system. In most cases, the default attenuation factor applied in screening evaluations is overly conservative and predicted indoor air concentrations will exceed those that are measured on-site. In other cases, minor changes in a building’s heating, ventilation, and cooling (HVAC) system can be implemented, or direct reading instruments can identify specific cracks or gaps that, when sealed, alleviate the VI concern.

Evaluation of Vapor Intrusion at sites with plans for new building construction provides an opportunity to integrate any required vapor mitigation measures into the overall construction at considerable savings compared to retrofitted mitigation systems. The California State Water Resources Control Board is in the process of amending Resolution 92-49 to require that VI concerns are addressed prior to construction at affected sites. Identifying and addressing potential VI concerns prior to construction yields considerable savings compared to retrofitting systems on existing buildings.

Vapor mitigation systems are designed to prevent VOCs in soil gas from entering a building through the subsurface. Until recently, the most common vapor mitigation system was a vapor barrier – a sub-slab plastic liner put in place during construction as a barrier to prevent vapor flow. These types of vapor mitigation systems are no longer considered adequate on their own and often must be used in conjunction with a more active mitigation measure such as sub-slab venting or sub-slab depressurization. Sub-slab venting systems are used in conjunction with passive vapor barriers to vent accumulated vapors underneath a structure into the atmosphere. Sub-slab depressurization systems utilize a fan that creates negative pressure to reverse or alter the direction of soil gas flow to mitigate harmful Vapor Intrusion. Developers can no longer consider the installation of a passive vapor barrier without an active mitigation component as the go-to solution at sites with Vapor Intrusion concerns.

An accurate assessment of Vapor Intrusion is the crucial first step that will guide your organization on the next best plan of action. Implementing a comprehensive plan with both passive and active mechanisms is crucial to successful vapor mitigation. Any speculation of VOC accumulation at a building or project site should be addressed immediately by partnering with trained experts that can pinpoint the most impactful and cost-effective strategy to protect building occupants. Understanding the nuances of VIAs can save your organization significant time while keeping everyone safe.

Cameron-Cole, an ADEC Innovation, specializes in assisting our clients with complex environmental liabilities. If your organization is in need of a VIA, a vapor mitigation system, or would like to speak to an expert on your next best step of action, contact us for a free consultation.

Mike Stephenson
Mike has over 25 years of experience in project management, multimedia risk assessments, soil and groundwater characterization, database management, and technical support for closure projects for commercial and government clients with a specialty in projects with human health and ecologically-based risk analysis. 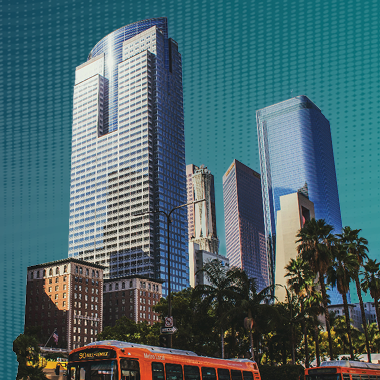 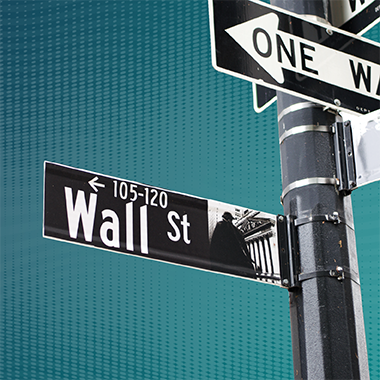 Updates on the SEC's Ruling on GHG Reporting Read How to Address PFAS in Your Water Supply Read 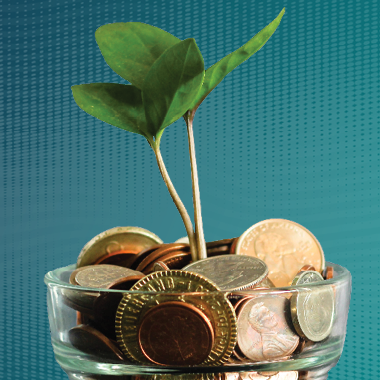 Updates on the SEC's Ruling on GHG Reporting Read
View All

How we can help

Operating with significant environmental liabilities and risks presents a constant potential for complications to arise. Don't let these dilemmas hinder your organization. Cameron-Cole's environmental experts are trained to craft solutions that reduce your risks while keeping your projects on track.